Four Reasons to Spy My Book

I have finally got an order from Unity Books for my new book Death of an Agent, with an email glitch not helping. Without Unity and VicBooks Pipitea, I would not be spying my spy novel in any bookshop. Whitcoulls and Paper Plus are silent as the grave. I have a story to tell. I offer three aspects of the book that are relevant today, and urge and indeed beg you to tell people to go take a look at the book and buy a good old-fashioned Kiwi spy story:

So next time you bump into somebody who likes a spy story with lots of local flavor, please tell them to check out the book at Unity or VicBooks.

Blessings upon you all. 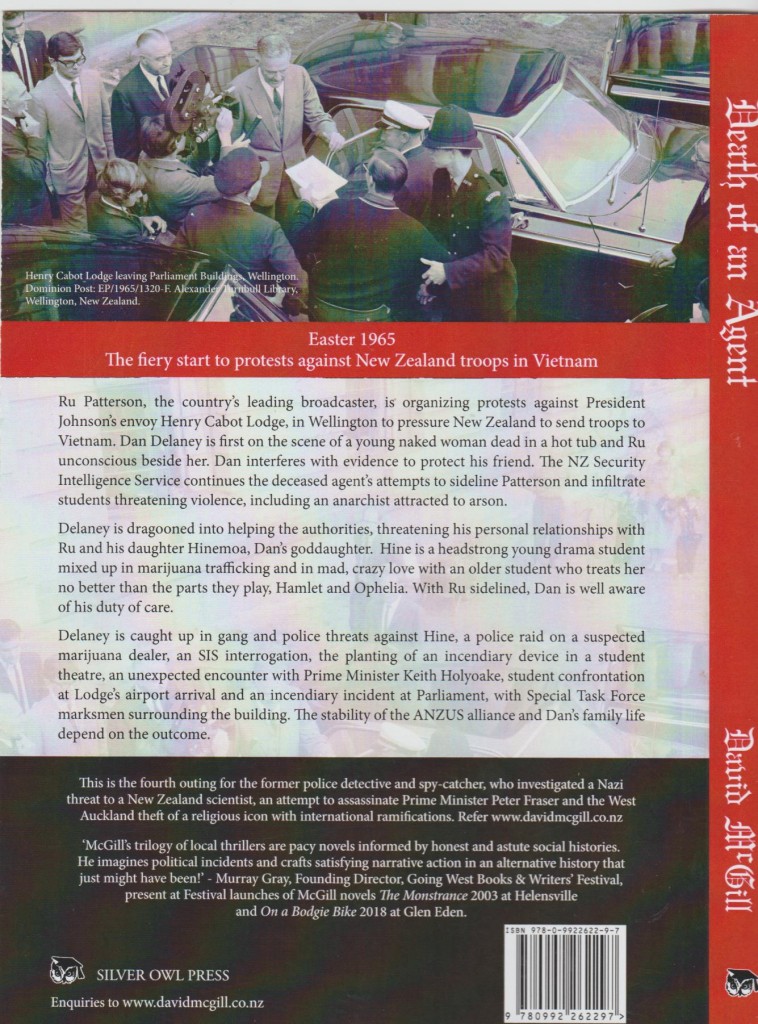