Hats Off to Peter!

Peter Fraser’s top hat is held aloft at the end of the book launch of Death of an Agent last 8 May at Vic Books Pipitea. My cousin Dinah Priestley, pictured behind me, brought the hat along to celebrate the occasion. She inherited the hat from the prime minister’s granddaughter Alice Fraser, whom I knew and who featured in a crucial role at the end of The Plot to Kill Peter Fraser. The hat has symbolic value not only for the launch but for the country and indeed the world. Another hat belonging to an American general played a key role in my new book. The hats represent good and evil, light and dark, and remain relevant to world peace today as much as they did in 1945, when my Fraser novel was set. Let me explain.

In 1945 Fraser played a key role in designing the United Nations. He won with the then 50 countries agreeing to dismantle colonialism, despite strong objections from Britain and America. He lost narrowly the required two-thirds member vote to deny the Great Powers veto. Ever since those so-called Great Powers have singly at one time or another blocked a UN initiative, or simply ignored the UN proposals for peace, like America in Vietnam and Iraq and Russia just about anywhere it considers it sphere of influence, which means a big or ‘great’ country bullying and invading a smaller country. The UN Secretary-General on his recent visit here spoke of frustration at these frustrating nations blocking UN initiatives.

One small country is New Zealand, reminiscent of the classic Peter Sellers movie The Mouse that Roared, standing up to a belligerent big country America. Prime Minister Lange banned nuclear ships from our ports and incurred decades of American wrath. Prime Minister Clark refused to join the American-led incursion into Iraq chasing illusory weapons of mass destruction the American and British leaders insisted were there. Prime Minister Ardern is trying to get global consensus on stopping streaming of violent videos on social media, and President Trump is notable by his absence and indifference and jeering response to the proposal to limit ‘free speech’.

Maybe it is time for New Zealand to sponsor another UN vote on Great Power veto, particularly with another Great Power China flexing its muscles in its sphere of influence. We probably need not worry about Britain and France using a veto these days, but the biggest three Great Powers will always use the veto to their advantage.

My new book is about the period of Easter 1965 when radical students led the first confrontational protests against American power, trying to stop New Zealand committing troops to Vietnam by picketing the visiting presidential envoy. This was the first time we saw opposition to our big ally, having gone where America went since the Second World War. An American general had been the guest at a Victoria University celebration the previous year of the Coral Sea Battle, where America halted the Japanese advance. The general was undoubtedly here to remind New Zealand it owed America. The response of a group of anarchists was to cut up the general’s hat and pour cornflour and tomato sauce in it and return it to the American embassy with a note that this was a small return for the peoples of Guatemala, Honduras and Vietnam. The incident inspired my story of this first sign of New Zealand adopting an independent foreign policy.

Hugh Rennie QC launched my book. In 1965 he was editor of Salient. In a June editorial he concluded ‘opposition to the sending of troops need not be based on Communist, anti-American, pacifist or appeasement attitudes. It has a firm basis in what we profess to believe in.’

Today Jacinda Ardern leads a global campaign to block hate speech and violent streaming. In 1945 Peter Fraser led a global campaign to block the option of big countries to invade smaller countries. Grant Robertson, now Minister of Finance, launched my Peter Fraser book and told me he planned in government to promote Fraser values of wellbeing for all New Zealanders. Grant belongs to a group that promotes Fraser’s values. There is every chance that our prime and finance ministers will revive Fraser’s vision. Hats off to Peter! 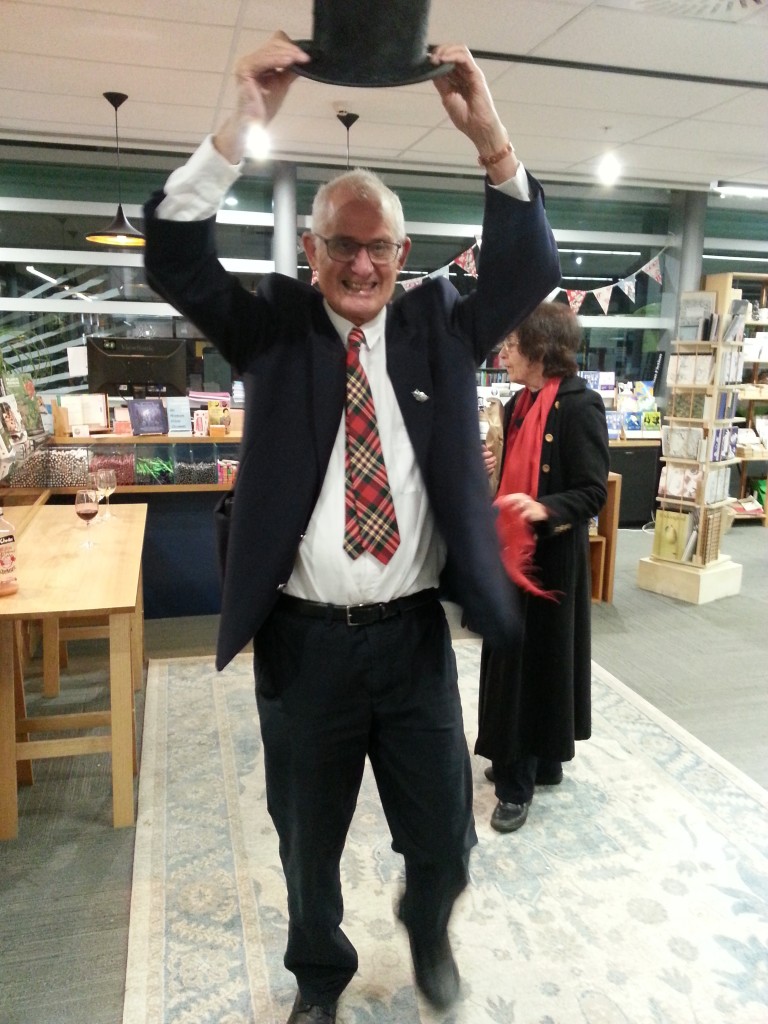