O Rare Dr Michael John O’Leary: A Tribute at the Launch of his 50th Book

Kia ora! Slainthe! Gesundheit. Greetings in three among many languages throughout this mainly English fictional literary autobiography by our Paekakariki poet laureate, Michael John O’Leary. He has Irish, Maori and a little German in his genes, and all are to the fore in these dream weavings of his literary coat of many colours. We are here to celebrate the launch of Apocrypha Scripta.

This book is Michael O’Leary’s 50th publication and 200th as a publisher. Michael makes sense with nonsense. He starts with a quote from Peter Sellers: ‘All the world is up-sa-daisy/And the genius’s is crazy.’ Michael’s first words: ‘This is the story of dreams of love and wars: of many dreams of many loves and many wars.’ This is his meditation on love and war, or hate. A few examples: Page 15, a dream meeting with Te Rauparaha; Page 47 his elegy for John Lennon; Page 51 the mosque killings; Page 59 the Samoan killings; Page 70 Irish soldiers; Page 115, confession.

Congratulations, Michael, and thanks for the dedication: ‘We must surely be heading towards word billionaire status’. He is impishly extending my comment on my own books: ‘At least we are word millionaires’.

Michael certainly has a cast of thousands – the Beatles and the Nazis, Munchausen and Kandinsky, Te Rauparaha and Te Whiti and Twopenny O’Reagan (a typical word sound association pun, Tipene as Twopenny), the Viet Cong and Goebbels, Che Guevara and Saddam Hussein. Michael speaks with many tongues. He learned his craft listening to the Beatles, a poet performer mostly in Auckland, his birthplace, Dunedin and Paekakariki, which he likes, despite having to survive biblical flood and fire. A few years ago he was woken in time to escape the fire that burned down the house above and threatened his. Quite possibly the asbestos wall saved him.

I am glad he has stayed. I have known him since I saw him directing the North Island traffic by the toilets outside his door the morning after the 2003 flood. Nobody asked him to do it, and nobody else was doing it in that chaotic aftermath of this biblical event. He saw the need to contribute to the wellbeing of his distressed village.

Soon after he came to my defence after my ill-advised and irreverent article in the local paper, about midnight mass in St Peters church. He said I couldn’t help it, because it was the Irish coming out in me. He didn’t know me from a bar of soap. My name rightly suggested Scottish origins. He was also right, I have two Irish grandmothers. I rang him and we have been friends ever since, spending many hours raving about pop music and literature, for some years as volunteers at the wonderful railway museum where he has his bookshop. I have launched books there. One book featured a cover painting by him. We travelled on the train to Auckland to do a revised version of my rail journey around New Zealand called The G’Day Country Redux. Michael demonstrated his prodigious memory by reciting the entire ‘Desolation Row’ by Bob Dylan before we reached Ohakune. The book featured his railway station poems, including ‘Matata’, which he wrote for me after the death of my brother, with whom I rode the jiggers out of Matata as kids. Francis Mills, who is prominent in the three CDs of local musicians singing Michael’s poems, performs this poem at the launch. I published Wednesday’s Women, his PhD on the sexist discrimination suffered by Kiwi women writers between 1945 and 1970. We launched it in this very hall. It was typical of Michael to consider the outsiders. Male as much as female writers are often outsiders, but outsiders looking in. Michael did another painting for me of us as donkers, or barn owls, outside St Peter’s church.

Much happens at this crossroads of Paekakariki, the epicentre of the village. Michael lives diagonally across the road from St Peters in a small cottage. You might have walked past at any time of day or night and seen his door open and Michael crouched over his computer. On the walls are tatterdemalion pinnings: the Beatles, Sinn Fein, poems, even the PhD I awarded him before he got his real one, a magnificent painting of him become Mt Taranaki. Always writing. His way of blending high and low art is often very amusing, yet deeply serious about the pursuit of meaning and identity. Several times in the book he asks what your name means and where does it come from, notably before the poem about two Irish soldiers. He loves the Beatles and Monty Python and the Goons as much as Dada art and Magritte. Here’s the proof. If you don’t buy any other O’Leary work, this one has it all.

Michael once told me the only way to read James Joyce’s impenetrable Finnegan’s Wake was to read it aloud, preferably with a bottle of Jamesons, and then it makes sense. Here we have Michael minus the whisky to read from his Down Under stream-of-consciousness to demonstrate what all good poets are, the oral performers who help us understand ourselves by entertaining us with vivid words that distil our lives. I hope he reads it on our local radio. He could no doubt recite the entire book from memory.

Here is the man himself who, in the words of the only rival to the Beatles in our 17 years of chat, Belfast boy Van Morrison: ‘Didn’t I come to bring you a sense of wonder?’ Here is the wunderkinder. 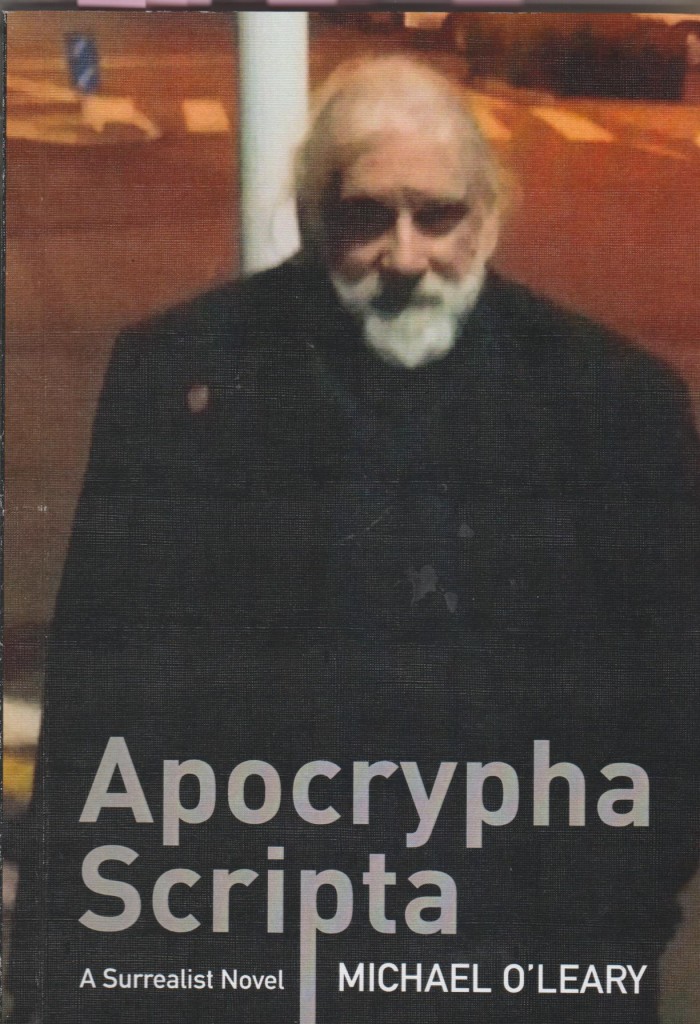