Pushing Peter to the Punters

The Plot to Kill Peter Fraser was launched last night at Unity Books in downtown Wellington. I stepped up in my kilt to the gratifying sight of people wanting signed copies the moment I entered the door of what Canada mate Roger Boshier emailed is ‘one of the last reputable still-standing bookstores in Wellington’.  He added that ‘Comrade McGill will probably survive in grand style and, we hope, sell boxes of books.’ It was a pity, he added, the Security Service have not tried to make him shut up because that would help sales.

He must have had Nicky Hager in mind, his book launch there the previous week had the television cameras and so many books signed by him, the bookseller agreed he needed a rubber stamp signature. I do too, but not because of huge sales so much as a signature that looks like the dying scrawl of a palsy victim. Worse than a doctor’s scrip, was one of the kinder remarks.

If you see my speech, when it goes up next week on my website, you might understand why I referred to the crowds welcoming Peter Fraser home in 1945 as ‘Good old Peter!’ when he was 14 years younger than me. He was in actual fact, not alternative fact, aged 60. I come out way whiter on video than I thought I was.

Funny thing was my launch speaker Grant Robertson, local MP, said it was interesting I talked about my book as faction, all these assassins after Good old Peter, when Donald Trump practises something similar in the way of alternative facts. At least, Grant said, I was honest about my faction. And, he added, it was a rollicking read which had all the elements of a great spy novel, including a nice little twist at the end. It was, he went on, an historical novel which shines a light on a man New Zealanders have a lot to thank for.

I swear I paid Grant nothing.

It was gratifying to me to see folk not seen for years, Helen McNeil and Roy Murphy, last spotted in New York, a suntanned Andrew Robb from Hawkes Bay. Bill Sheat told me he had met Fraser, as a boy of 12. Bill Cameron discussed kilts, him having two, me suggesting one maybe was his dress kilt, one his working gear. Jane Tolerton and I were into the problems of writing books when one of the four geezers in the corner informed us he wrote poetry. They are apparently regulars hovering near the food and booze. I told Tony Simpson I was mentioning him and James McNeish, he protested he was not dead. Almost four-month-old Mia got in the video but Grant did not take political advantage of a baby photo op. Ann, Vivienne and Lorraine protested there were never eight ladies at the Oriental Bay luncheons, though there might have been one other.

Book launches, of which I have had dozens, often involve chatting about anything but the book, except of course for the captive audience at the speeches. Some were gone before Grant and myself got going. Tom Scott, I saw you. But then Tom was bailed up at my last Paekakariki launch, no escape.

Three people separately warned me about keeping it short. I tried, but strange things happen in front of a microphone. I should have been shorter. Grant was great, wide-ranging about Fraser, flattering about me. The main thing was that people came along and filled the early evening bookshop with chatter and laughter and proved it is truly, as Roger says, the last still standing. It was a National Government that abolished parallel import restrictions, the country was flooded with cheap books, end of those great Wellington bookshops that had often featured my books, like Parsons, Capital Books, Dymocks, London Books, Bennetts. All gone. Only Unity defies the global ‘market forces’ let loose by a government that does not care about the contribution of writing to a culturally active country. The Australian writers like Tom Keneally have written a book in conjunction with bookshops to fight the same measures proposed there.

Grant Robertson told us of his party’s plans to assess Peter Fraser’s arts initiatives, most made in that amazing year 1945 that is the focus of my book. That year Fraser set up a national orchestra, a literary fund, literary pensions. He put state patronage into the arts. So did Helen Clark. Her National successor John Key put state patronage into cycleways and froze funding for writers and public radio. It is still using the public purse, just a question of preferences. Grant said if he was Finance Minister after the September elections, he would start state patronage with public radio and go on from there. ‘Good old Peter’ the crowds shouted in 1945. ‘Good young Grant’ come September? 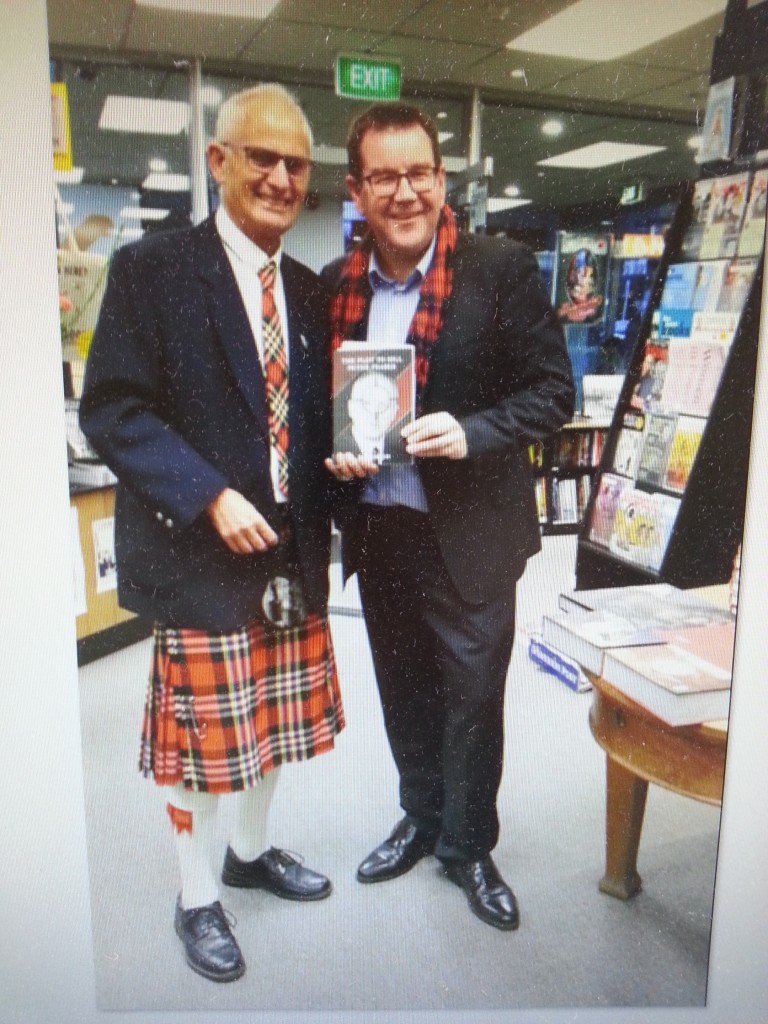