At the launch of David McGill’s spy story The Plot to Kill Peter Fraser at Unity Books, Wellington, March 30, launch speaker Grant Robertson, MP, responded to the author’s enquiry by pledging to address the frozen public radio funding under three terms of the National Government.

And that was just the start of an arts funding overhaul, he said. The Labour Party was setting up a committee to assess the legacy Peter Fraser left behind of state patronage of the arts, including setting up the Literary Fund and literary pensions, as well as establishing our National Orchestra.

Author David McGill said his book was set in 1945, when Fraser took those initiatives after returning from the San Francisco Conference to set up the United Nations. He lobbied hard to end colonies and deny the Great Powers a veto. This made him enemies within the British, American and Russian establishments, and readymade assassins for hire among the Nazis being released from Somes Island detention and making threats against the prime minister. Fraser has disestablished the Security Intelligence Bureau and is indifferent to personal security, obliging Commissioner of Police Cummings to charge Detective Delaney with identifying the threat. The book puts real people into a spy story, not unlike The Day of the Jackal, the mix of fact and fiction known as faction.

Grant Robertson thought it interesting the author talked about faction when Donald Trump practised something similar in alternative facts, but at least McGill was honest about what he was up to.

It is a rollicking read, Grant said, which has all the elements of a great spy novel, including a nice little twist at the end. It is an historical novel which shines a light on a man New Zealanders have a lot to thank for.

Available from Unity Books or direct from author’s website www.davidmcgill.co.nz, and as e-book from mebooks.co.nz and Amazon. 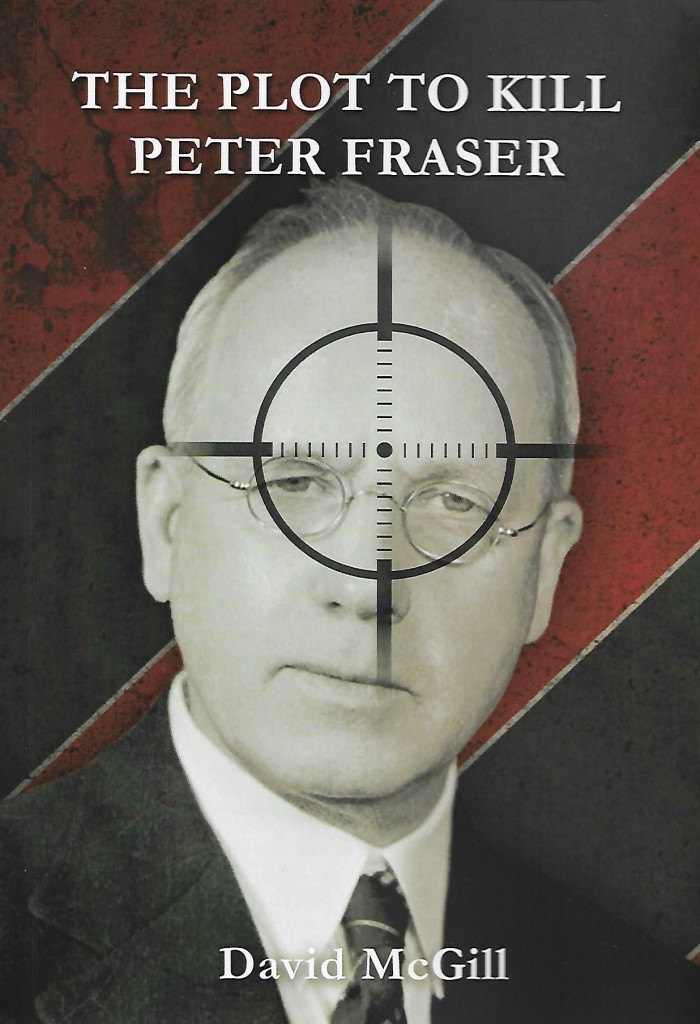