The Breath of Death: In Memory of a Jogger

Sunday morning I was strolling home past the school when a black muscle car with massive exhaust accelerated past me. It is a steep rise and last week it was sealed, with a lot of loose gravel not yet bedded in. I thought the car was going too fast when I heard an almighty thump. I turned around and could see nothing.

I walked up the rise and saw a crowd gathering on the corner. Then I saw the black car nose first and almost perpendicular among the trees. My first thought was whether the driver was injured. The driver’s door was open, the back window shattered, pieces of panelling lying next to the crumpled bonnet.

A boy of about 12 was saying he saw it, right in front of him. He seemed dazed. I looked where people were pointing, down the slope on the corner. A woman with a cell phone was crouched over a crumpled body. It appeared to be a female jogger. I could hear the woman calling for an ambulance. A woman appeared with a blanket. People around me were saying the driver had scarpered. I said to a young man crouched above the victim I heard the car accelerate.

Yeh, he muttered. It was my fault.

I think he said that. My hearing is not the best. The sirens were approaching.

First the ambulance arrived, followed by two fire trucks, four police cars, the officials taking over, taping off the approaches. The police were taking notes from witnesses. A woman asked me if I had given the police particulars. I said I had not actually witnessed the accident, unlike perhaps half a dozen people.

I returned home, where I could see the police cars’ roof lights flashing for hours. I received an email from a mate in Canada enclosing the NZ Herald report of an accident in Paekakariki. He hoped it was not me. I replied that I was fortunate by approximately one second not to have been the victim.

Restless, I returned to the group above the scene, asking if they had any information about the victim. Nobody did. I made some phone calls. Another person told me it was on the midday radio news that she had not survived.

It was difficult to settle. I put my planned blog about my books to one side. I had felt the breath of death on my neck. There but for the grace of God was me. I had been watching Praise Be, the half-hour of morning hymns. The Welsh hymn Bread of Heaven was replaying in my head. I prayed for the repose of her soul.

It was a peaceful Sunday morning beside an empty school in a quiet, tree-lined street in a sleepy village. I had often heard in the early hours the roar of the boy racer exhausts gunning up the highway, but what possessed this driver to hurtle up this residential street? There are often children on skateboards powering down the footpath, more frequently the bouncing of basketballs by young idolisers of Steven Adams heading for the school ground hoops to practise for glory. There are circular tyre tracks on the wide crossroads outside my house where the racers do burnouts at ungodly hours. There is no rhyme or reason for speeding past a school on a Sunday morning.

The result of such behaviour is an innocent person has lost her life.

May she rest in peace. 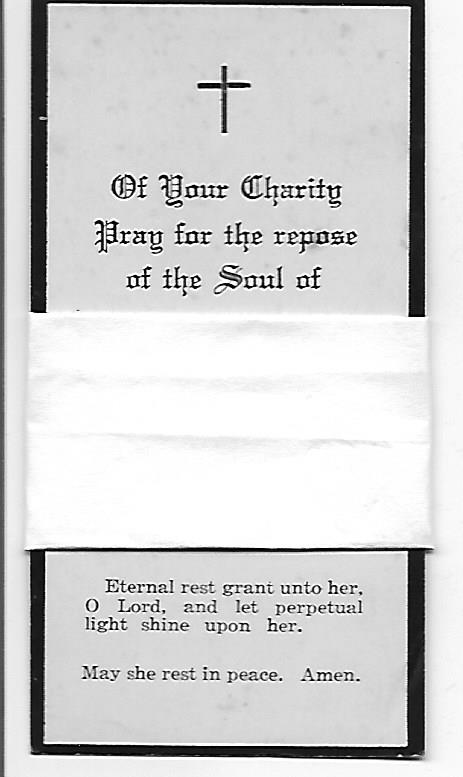