The Ex-Seminary Engulfed in Flames

The TV One evening news showed the shocking sight of the Christchurch building engulfed in flames. The Riccarton Road heritage structure had been abandoned since the earthquake, but it was really abandoned long before that, in my view. I had visited some years ago to see what had become of my old school and it was a sorry and ruptured backpackers’ mess. Back in the late fifties it was a minor seminary where I spent three years training for the priesthood and learning to love literature, music and billiards in the most tranquil and beautiful surroundings.

The accompanying image is of photos taken with my Box Brownie in my first year there. My mate Jimmy Vercoe is shown outside the main entrance, the bay window at the right where the magnificent billiard room was a magnet for me. My favourite game was knocking over little wooden skittles. Jimmy and I struggled with School Certificate subjects to the extent that the rector of the Jesuit teaching fraternity gloomily predicted I would be the seminary’s first School Certificate failure. I passed thanks to a good English mark.

On the right is the school where we attended classes during the day and studied at night, where Latin declensions proved Greek to me and almost cost me School Cert. On the weekends we enjoyed leisure activities there, learning to like the classical music Father Bernard O’Brien forced us to listen to in music classes. My breakthrough was Nathan Milstein playing Beethoven’s Violin Concerto. Seminarians cut each other’s hair and I became a popular barber.

The middle left picture is of the graceful drive and the duck pond where many of us liked to stroll in our black soutanes. We were the gardening staff and kept it in tip-top order, as well as growing vegetables. The nuns cooked three square meals a day, served in the large refectory dining room. Particular favourites were flying saucers, fried luncheon sausage rounds swimming in aromatic brown gravy, and the bowls of stewed Central Otago apricots. Within a year I was over 12 stone, the heaviest I have ever been.

The footy and athletic fields were distinguished by other seminarians. My only moment was as Pat Gormly put up his hands in a 440-yard victory surge at the tape, I ducked under him and won. I barely made the third fifteen, but our first fifteen so good and so brutal that St Bedes and Christs College would not play us. When the British Lions were in town in August 1959, three Irish Catholics came to lunch – Tony O’Reilly, Gordon Wood and Bill Mulcahy. I noted in my diary that all three were very nice chaps, but the most striking was the tall, red-haired O’Reilly ‘with enormous shoulders, an aggressive handsomeness, obviously the spokesman for the group’. I shook his hand, the hand that would guide Heinz to even greater fortune.

The next day we went to Lancaster Park, where the Lions were not my interest, apart from the other wing Jackson. I noted Conway was magnificent for the All Blacks, Clarke made a fabulous left-foot drop, and Caulton was brilliant scoring in the corner next to us. The ‘us’ was myself and Diane, and we held hands throughout the game. I never saw her again, but I realised it was female company I craved. End of seminary for me.

The beautiful building and its grounds has now ended too in a young arsonist’s fiery conflagration. It deserved better, like the work to rebuild the cathedrals, the Catholic one where we sang Sunday mass. I suspect the old seminary will only survive in our photographs and memories. 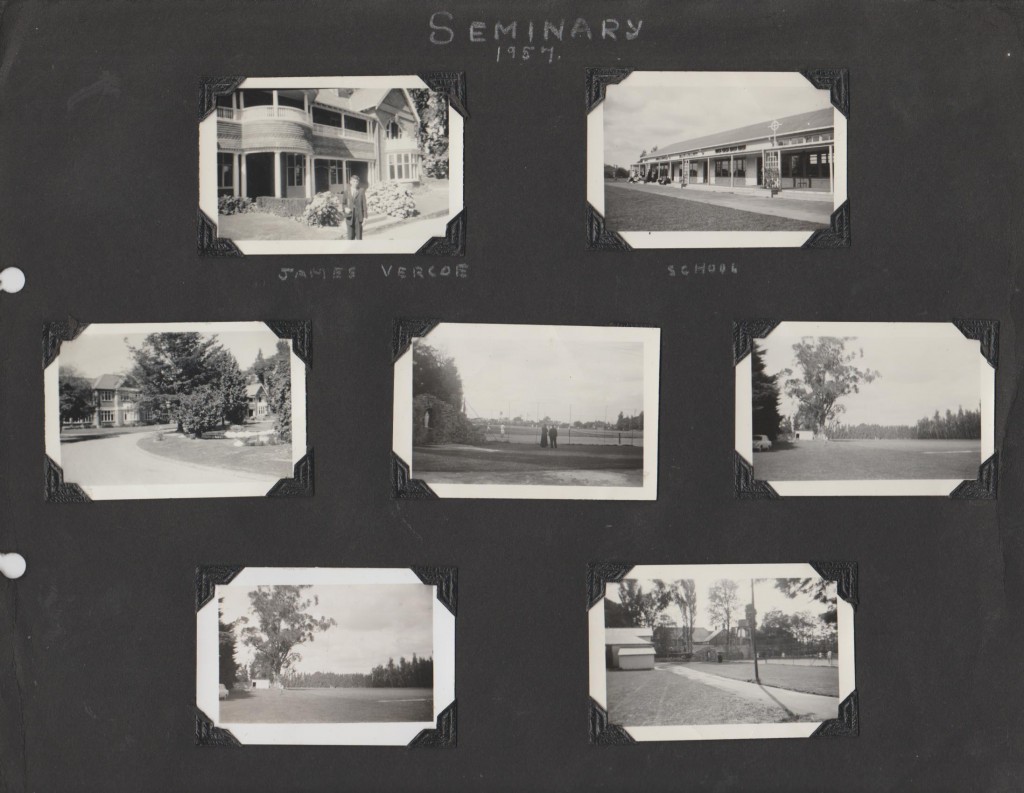