From My Cold, Dead Hands

Student drop-out Greg Duffie’s suicide off the Kapiti coast is interrupted by an immediate threat. He is mistaken for his uncle, Professor Ben Duffie, recently sacked from the Institute of Geological and Nuclear Sciences for allegedly pilfering commercially sensitive oil-locating data. Other interested parties go to extreme lengths to recover or bury the data and its putative thief. The stroppy scientist meets fire with fire, his confrontational style extending to global warming zealots, government cliques, oil lobbyists and the naively powerful role of television in their cynical scenario. A 1966 meeting between Greg’s father and visiting actor Charlton Heston reverberates through the unfolding political and personal events, and Greg Duffie has to cope with a steep learning curve in regard to his family’s dark secret – if he gets the chance. 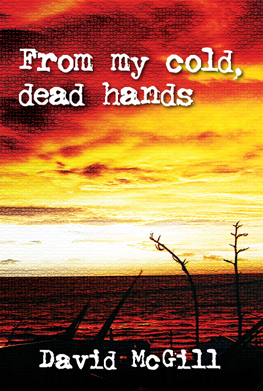