Death of an Agent

Easter 1965: the fiery start to protests against New Zealand troops in Vietnam

Ru Patterson, the country’s leading broadcaster, is organizing protests against President Johnson’s envoy Henry Cabot Lodge, in Wellington to pressure New Zealand to send troops to Vietnam. Dan Delaney is first on the scene of a young naked woman dead in a hot tub and Ru unconscious beside her. Dan interferes with evidence to protect his friend. The NZ Security Intelligence Service continues the deceased agent’s attempts to sideline Patterson and infiltrate students threatening violence, including an anarchist attracted to arson.

Delaney is dragooned into helping the authorities, threatening his personal relationships with Ru and his daughter Hinemoa, Dan’s goddaughter. Hine is a headstrong young drama student mixed up in marijuana trafficking and in mad, crazy love with an older student who treats her no better than the parts they play, Hamlet and Ophelia. With Ru sidelined, Dan is well aware of his duty of care.

Delaney is caught up in gang and police threats against Hine, a police raid on a suspected marijuana dealer, an SIS interrogation, the planting of an incendiary device in a student theatre, an unexpected encounter with Prime Minister Keith Holyoake, student confrontation at Lodge’s airport arrival and an incendiary incident at Parliament, with Special Task Force marksmen surrounding the building. The stability of the ANZUS alliance and Dan’s family life depend on the outcome.

Murray Gray, Founding Director, Going West Books & Writers’ Festival, said of the first three Dan Delaney stories: ‘McGill’s trilogy of local thrillers are all pacy novels that are informed by honest and astute social histories. He imagines political incidents and crafts satisfying narrative action around them that opens up an alternative history that just might have been!’ Alyson Baker concluded her review of this fourth Delaney outing: ‘There are some very thrilling moments, and the politics are fascinating — especially considering recent events in New Zealand – when we are once again realizing sections of our community are being dangerously swayed by myths of imminent threat. Another great New Zealand read.’ William Faulkner claimed to have created the first Nazi in Light in August: in Death of an Agent we may see the first depiction of a home-grown terrorist. 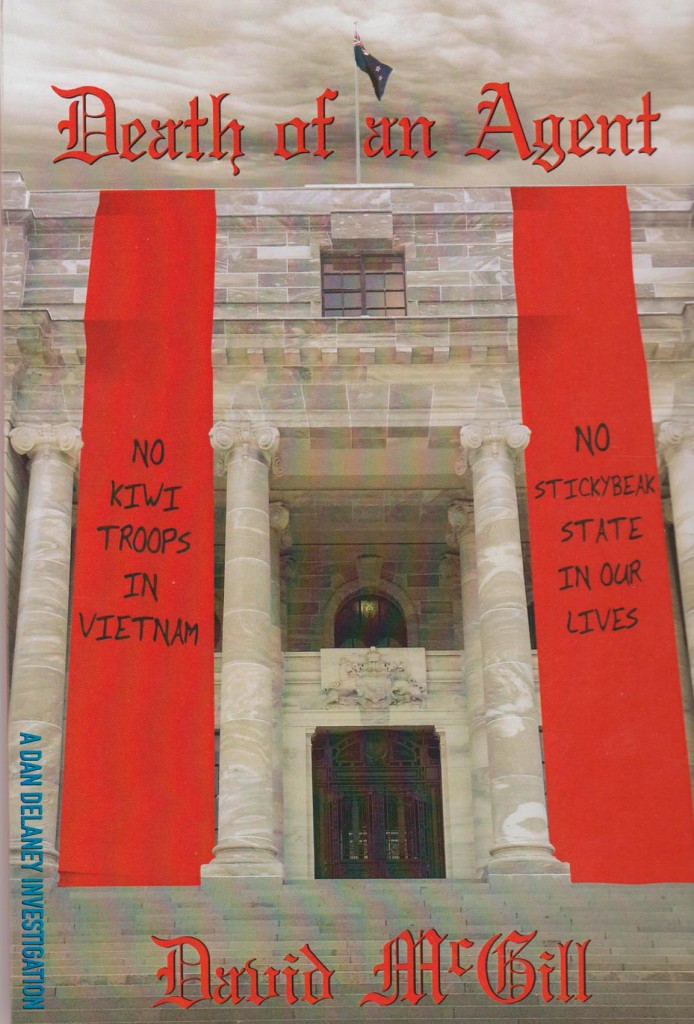