Late January 1985 Dame Kiri is launching Vukovich Sauvignon Blanc on the Sydney Opera House steps with major shareholders the Delaney family present. The American nuclear warship the Buchanan is in harbour for ANZUS exercises and protesters are out in force, among them Ali Delaney and her American boyfriend. Detective Sergeant Maria Pikowai, née Delaney, is in town as protection detail for New Zealand Prime Minister David Lange secretly meeting his Australian counterpart Bob Hawke in the Sydney Hilton hotel. DS Pikowai joins Australian and American security forces confronting plots to sink the warship, kidnap Lange and destroy the ANZUS accord. Then there are the Delaney family problems damned and potentially redeemed by the convict stain.

My first encounter with McGill’s Delaney family makes me want to read more about them and their exploits.  A rollicking tale made especially interesting through its links to recent historical events.    Black humour reminiscent of Janet Evanovich.  4 stars.

David McGill’s latest novel in the Dan Delaney thriller series is a very interesting take on the convict history of Australia, and not surprisingly it is a very Irish story. Even the villain, a bullish American CIA-type, is a Malone. The novel contains a wonderful scene in a Catholic Convent where the nuns subvert the Americans. Another thing I really enjoyed is McGill’s use of Sydney as a character. This is a great use of place as personality in the vein of Graham Greene. 5 stars

Each section ends on a cliffhanger or with some mystery set-up that drives the reader to find out what’s going on. There’s a lot of action and plenty of bad guys. I liked the way each member of the Delaney family developed in self-awareness throughout the story.

Dan Delaney has investigated dark deeds at significant moments of Kiwi history. The Convict Strain has Dan staying at the Hilton at the same time as New Zealand Prime Minister Lange is in Sydney to explain himself to Aussie PM Bob Hawke about the nuclear ban that will mean leaving ANZUS, and the attention of protesters is on the USS Buchanan … what could possibly go wrong? Intrigues and conniptions continue somewhat perilously in a tale that is beautifully played out and wherein we will never know exactly what comes from current accounts and what emerged from David McGill’s clever imagination. 4 stars.

NZ$29-95 print copy from bookshops or author at macdcat@live.com or e-book from Kindle or www.mebooks.co.nz $7.50 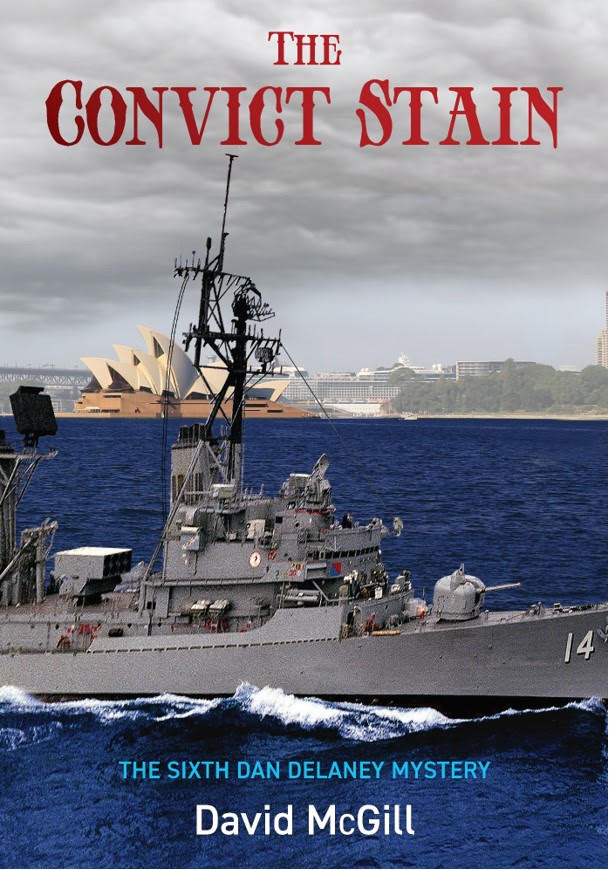