In 1861, five months after gold was discovered in New Zealand at Gabriel’s Gully, Henry Beresford Garrett led a gang who robbed 15 miners of their gold on the trail back to Dunedin. He became notorious as the First New Zealand Bushranger for a robbery which, like the one he led on the Ballarat Bank, was carried out with unarmed revolvers. Garrett spent the rest of his life in New Zealand jails, where he wrote convict recollections of Norfolk Island, Tasmania and the Melbourne hulks.

This is the first comprehensive account of the long prison life and hard times of a man who bore firsthand witness to the appalling brutality of these Victorian gulags. 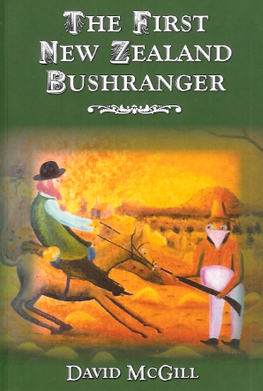